I've been a head coach's wife now for 8 seasons. In the early days of this role, I wrote often about being "Married to Football" as a way to work through a lot of the things you deal with.

Thankfully, in the past few years I've felt like I found my stride as "the first lady" and therefore had less to flush out. This is probably due to working with a counselor for the past 4 years and the fact that nothing surprises me anymore.

But after this season, this very special season, it feels like time to brush off this title and once again, work through some things. Yes, I write this kind of post to process my experience, but I also write to share about life as a coaching family with you and connect with other spouses.

As a coach’s wife you have to navigate a lot of challenging situations through the course of a season. Each week presents its usual challenges of game-related stress, single-parenting, and fatigue, but these issues become normal and almost comfortable in the wash, rinse, repeat nature of the football season.

One less obvious hurdle a coaching family must clear is the transition of the end of the season into the rest of the year. It’s can be a very bumpy time period (at least for us) as intense emotions and high expectations tend to collide. I think of it like the crash landing in the movie Madagascar 2, where, depending on how late in the season it is, is how dire the condition of the plane and passengers.

The weirdest part of the end of the season is that it ends so abruptly, like the turning off of a light switch. In a matter of a few hours your life goes from being tightly locked to a 7-day repeating schedule to being free as a bird (well, not quite that free, but pretty free).

Oftentimes, this flip of a switch is also connected to an emotionally charged loss, or if you’re lucky, a really big win. Once the stadium lights shut off or the team bus pulls back into the parking lot and the weight of the moment fully sets in, a large group of men are left picking through every detail of the game and wondering what to do next. It’s intense.

The Coach at the End of the Season

I’ve thankfully come to realize that, for many coaches, they go through a period of mourning at the end of the season. For 5-6 months of their year they’ve given nearly every waking moment to one thing: the success of their football program and the lives of the staff and players. In order to come out on the other side as a full human again, they need time and space to work it out. You can’t script this time or process, you can’t pixie-dust it away, and no word of encouragement can quite heal the sting.

In our experience, this time could be 2 days or 2 months, or longer. With experience and growth, I’ve watched my coach improve (I guess that’s the right word) in how he deals with the end of the season. He still feels all the same things, but he’s become more self aware about them. Through time, he’s learned his normal rhythm of post-season mourning and can walk through it a little more easily.

This might seem weird or out of touch to you if you're outside the world of football (or sports really), but mourning is mourning, whether it’s about a precious life or a big investment of your life. I can say this because we have also mourned the loss of way too many precious lives, most who were a part of our extended football family.

The Coach’s Wife at the End of the Season

A coach’s wife can be in a lot of different head spaces at end of the season. I think I’ve probably felt it all on the postseason spectrum over the past 16 years. There have been quite a few seasons where I have been more than ready, obviously ready, for it all to end and leap into some light-hearted, holiday festivities.

The other interesting side of this transition time is that most wives/significant others have been living their lives fairly independently for the whole season. We make the rules and set the schedules, all of which don't really include our coaches. I'd say most of us have figured out a good system for ourselves or family by mid September. When the season ends, you almost have to learn how to live together again. It can be very strange.

In the years before we had kids, I confess, I was still figuring out this whole coach’s wife thing. This left me pretty naive to the whole process of coaching football and engaged mostly when something fun was happening.

At the end of these seasons, I was chomping at the bit to get my best friend back and start doing fun things together again. In fact, there were quite a few years where the Saturday morning after the season was over, I was basically standing at the edge of our bed, waiting for Coach to wake up so we could go do something fun. (We now jokingly call this the “Max the dog” moment from The Grinch Who Stole Christmas.)

Needless to say, there were some hurt feelings and broken expectations in those early years.

Fast forward to having our second child and Coach taking his first head coaching position. These were some rough days as we had two boys in diapers and we were both exhausted all the time. (Check out this 2015 Life as a Coach's Wife post for more on this time.) When the season ended at this time of my life, I dealt with a lot of resentment and even bitterness as I was ready for help in caring for our children. I think my words and actions had the flair of “you better get it together and get your butt home to help me.”

People would often ask me "aren't you glad it's the off-season now?" Talk about the most awkward question to ask a coach's wife! What I wanted to say many times was, "Yes, of course I am happy it's over and can have my husband back but, I can't say that or feel that out loud!"

I remember some fights during these post-seasons where I felt unappreciated and Coach felt devalued. It was then I decided to seek some counseling for myself to have some help wading through these strong emotions that surfaced at the end of each season. It was a game-changing decision.

Fast forward again to present day; this crazy COVID 2020 football season. There have been no shortage of challenges to deal with, but football has been a bright light in my life. It has been a joy to invest in the lives of our players, coaches and wives which enabled me to live out my purpose in a year where that has felt very hard to do.

Our boys are older now too and absolutely love being at any practice or game. This has also been a game changer because they feel the highs and lows of the season too.

We weren’t sure how the playoffs would go for us because we drew a pretty challenging slew of opponents. The hard work, sacrifices and leadership of our team became evident however, as our team won round 1, round 2, round 3, and round 4 of the playoffs. It was an exciting run and it fueled our hope to go all the way to states as we headed into the round 5 game, the state semi.

I could write a whole post just about this state semi game (that happened in mid December) because it was bananas! We lost in triple overtime while trying to go for two instead of just an extra point. It was thrilling and devastating all at the same time. Ultimately I was deeply sad the season was over and I found myself needing a little room to mourn that it was over.

A silver lining of COVID, as it relates to end of the season, is that there weren’t any big holiday plans to look forward to or quickly move on to. It afforded some space and time to just be - to sit in the emotions and let them get worked out.

I let go of expectations and tried to let things unfold organically. It was good. It was healing. It brought us closer together, because I could now relate more precisely to what Coach feels every single season.

I don’t think this is the first season that I’ve felt this sadness and grief for the season, but it is the first that I really put it all together. I was grateful for this experience God gave me because it’s helped me to extend more authentic empathy to my Coach.

In the many season that will come, I’m sure I will still experience the full spectrum of feelings about seasons ending, whether that’s shear jubilation or true sadness. You can’t script your feelings to always align with your coach (or anyone else’s), but you can tap back into your empathy and give people the space they need to move through their feelings. It takes patience and sometimes self-sacrifice, but that’s what love truly is, right? (1 Corinthians 13)

I'm not calling myself an end-of-the-season emotional expert, but I have learned some things through making a lot of mistakes in my relationship with my coach. I think these lessons can apply to any situation where there's an emotional ending, not just sports, and certainly not just the coaching side.

So whether you are the one with something meaningful ending, or you have a relationship with someone who had something end (especially abruptly), perhaps these tips can help you navigate those potentially rough waters.

Have you learned anything from a season of some sort ending in your life? I'd love to know it. Send me an email at [email protected] If you're a fellow coach's wive or significant other, I'd love to hear from you too.

Check out the rest of my Married to Football posts.

I'm Jenna Braddock, the dietitian & trainer behind Make Healthy Easy. I believe that healthy living should be doable, accessible and affordable for everyone & that's just what you'll find here. I want to help you live a more vibrant life so you can use your health to love others well.
Click Here to learn more about me & my philosophy. 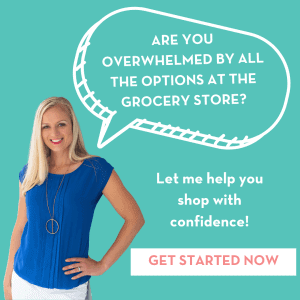 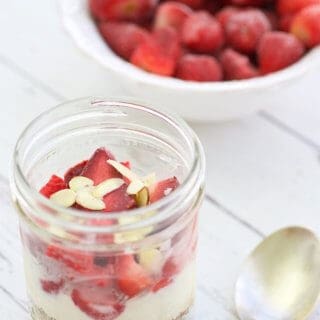 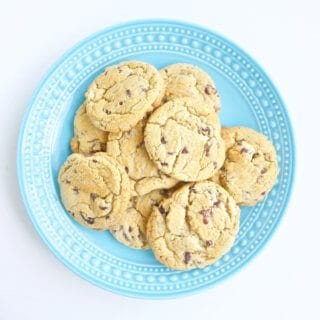 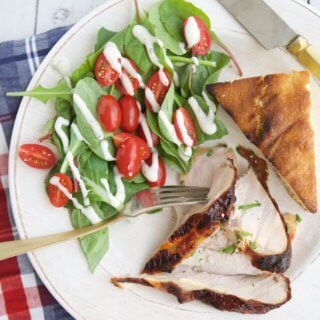 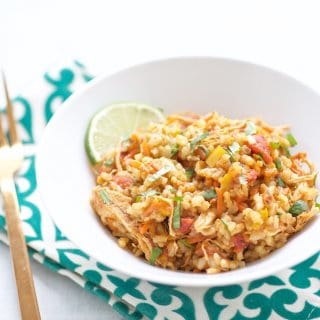 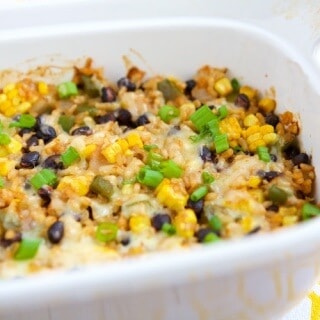