Home » Taste Test Tuesday » What is Kombucha & Should You be Drinking it?

With the rise in popularity of fermented foods, kombucha has come back on the scene in American culture. It is promoted to help with a whole list of health issues but the most popular is perhaps the probiotics it contains. 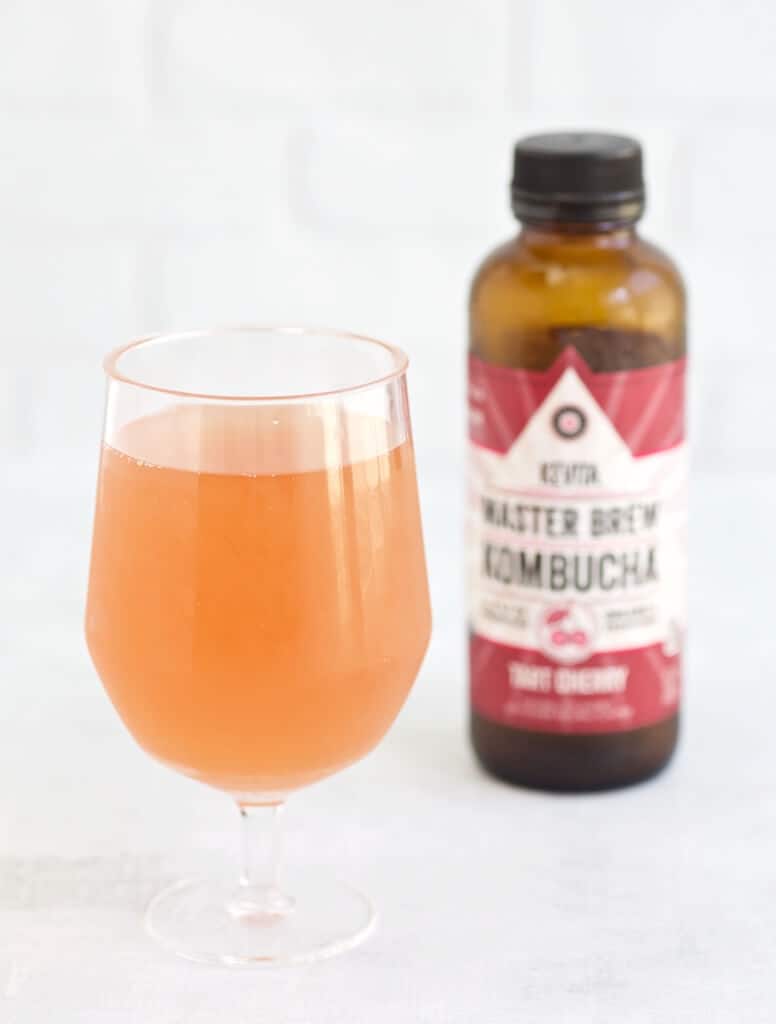 A few weeks ago I had to take a course of antibiotics for a severe sinus infection. Since then, I've been trying to boost not only my probiotic supplement regimen but natural food sources as well. Enter: Kombucha. I told my nurse practitioner about it yesterday and she did not know what kombucha was. That got me thinking, maybe MHE readers aren't so sure about it either.

So wherever you stand on the drink, let's all get on the same page and learn a little more about this proposed wonder drink.

Kombucha is a sweetened, fermented tea beverage that has roots in ancient times. Black tea is brewed, sweetened (with sugar), inoculated with a combination of bacteria and fungus (called SCOBY - I warn you to not look at too many pictures of it; it's weird looking), and then fermented for 7-14 days. The process is very similar to how vinegar is created from wine. In fact both contain high amounts of acetic acid, the most recognizable astringent flavor in vinegar. The result is a bubbly, lightly sweet and astringent drink that is enjoyed by some and thought to be a super drink by many.

Since the take-off of Kombucha a few years ago, companies have been making "probiotic beverages" that ferment more than just tea. I've seen and tried versions made from coconut water, water and juice. The process seems pretty similar but it's not technically "kombucha".

If you are wondering how kombucha tastes, well, I'll be honest. Many people would probably describe it as an acquired taste. It's tart and astringent, which I kind of like. All the brands taste a little different though and many options are less intense on the astringency. So try a few different flavors and brands before you make your final decision.

{Full Confession: Team Braddock is split on kombucha. Half of us (me and my youngest boy, pictured below) love the stuff. The other half (Coach and oldest son) are not believers. Coach will down a little if he's not feeling great but lovingly refers to it as Kom-booty.} 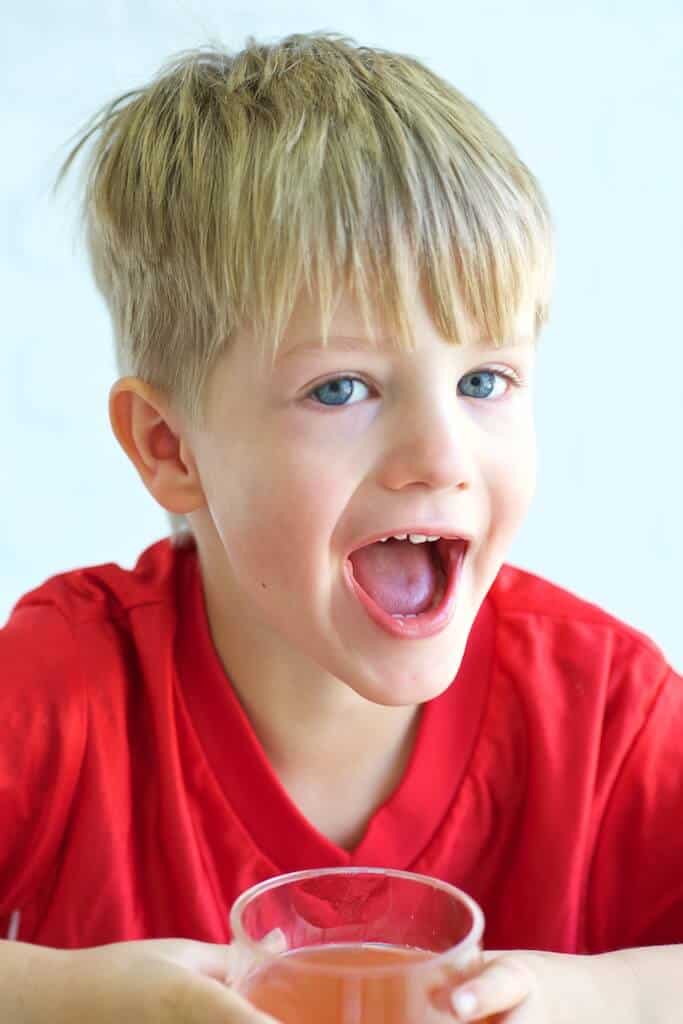 Kombucha has been considered through centuries of history as a functional food to detoxify the blood, reduce cholesterol, reduce blood pressure, reduce inflammation, have antibiotic properties, relieve headaches, and treat many, many more ailments.

One of the reasons kombucha is prized for promoting health is because of the microbes it contains that are responsible for the fermentation process. The specific bacteria and fungus in each batch is unique and not standardized. This is one of the reasons why it’s difficult to identify specific nutritional composition and health benefits of kombucha as a whole.

Other components of kombucha that may have beneficial properties are the tea itself, which is naturally high in antioxidants, and the amount of organic acids created during fermentation.

At this time, most of the research on kombucha has been conducted on rats or on single human cells. All of that is to say, there’s no solid backing for all the health claims made about the wonder drink. But a summary of the available research has made some suggestions about Kombucha’s potential health benefits:

Should Everyone Be Drinking Kombucha?

When it comes to food, even super “natural” ones, it’s never a one size fits all situation. First, if you are drinking a home brewed kombucha, be sure the person who made it (or you) really knows what they (you) are doing and uses sterile equipment. Kombucha that has been brewed for too long can produce dangerously high levels of some acids. There have also been some cases of severe illness, lead poisoning and gastrointestinal toxicity related to Kombucha consumption, although these are all very rare situations. For the most part, brewing at home is a safe and economical option. 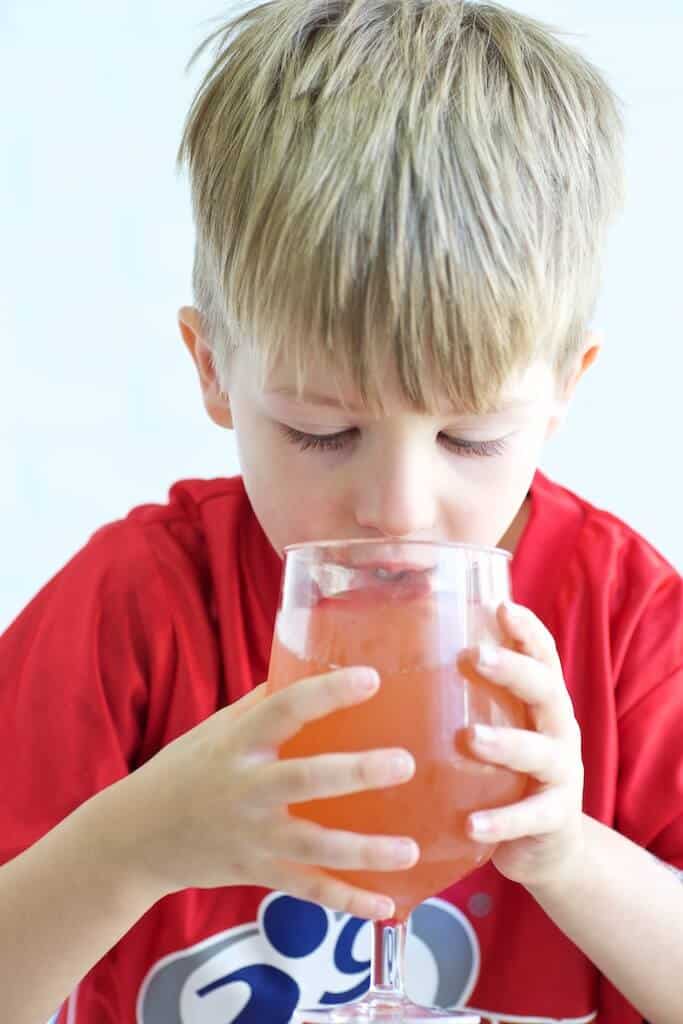 Second, there are two groups of people with whom it is recommended to avoid Kombucha. They are pregnant and lactating woman as well as those with compromised immune systems, specifically, those living with HIV/AIDS. I personally think that this is because they are"high-risk" populations. So if you fit in one of these categories, talk to your doctor or dietitian before trying kombucha.

Third, check the calories on your kombucha or probiotic beverage. Fortunately, many are lower in calories (say less than 50 calories for a whole bottle) and offer a tasty, tangy way to get in more fluids. But some are more sweetened and can contribute to added sugar intake and total calories. So just check the label first. My favorite brand is fairly low in calories and adds little to no sugar.

In general, Kombucha is considered a safe beverage to consume on a regular basis.

To Home Brew or Buy

There are now several larger scale, commercial companies that sell Kombucha. One such company is Kombucha Wonder Drink . I interviewed Bryan Summers, their Marketing Coordinator, in 2015 about whether they encourage people to brew their own Kombucha or buy it. He says. “It’s ridiculously easy to make kombucha. It’s hard to make it taste good.” He encourages home brewing but enjoying a commercial kombucha on a regular basis to “check in” on your home brew flavor.

Kombucha can be pretty pricey to purchase on a regular basis so many fans choose to brew it at home. I recommend going to a trusted source to learn the ropes, and Summers recommended a book written by the Kombucha Wonder Drink founder, Stephen Lee, called Kombucha Revolution. This beautiful manual walks you through how to make kombucha and gives lots of recipes for unique flavors and applications, like cocktails.

You'll also need to invest in some supplies like a brewing kit, flavorings, and recipes.


Fortunately there are a lot of great companies making great kombucha nowadays and you can find almost anywhere drinks are sold. The price of a bottle I'd say averages $2.50, thus why I am always looking for coupons.

While there is not strong enough evidence to prove all the health claims for drinking kombucha, it is considered safe to drink when brewed correctly. The preliminary research is promising that it may truly be a wonder drink. But as always, kombucha is a part of a healthy and balanced diet. There are so many other foods and beverages that we know have proven health benefits. So enjoy it all! 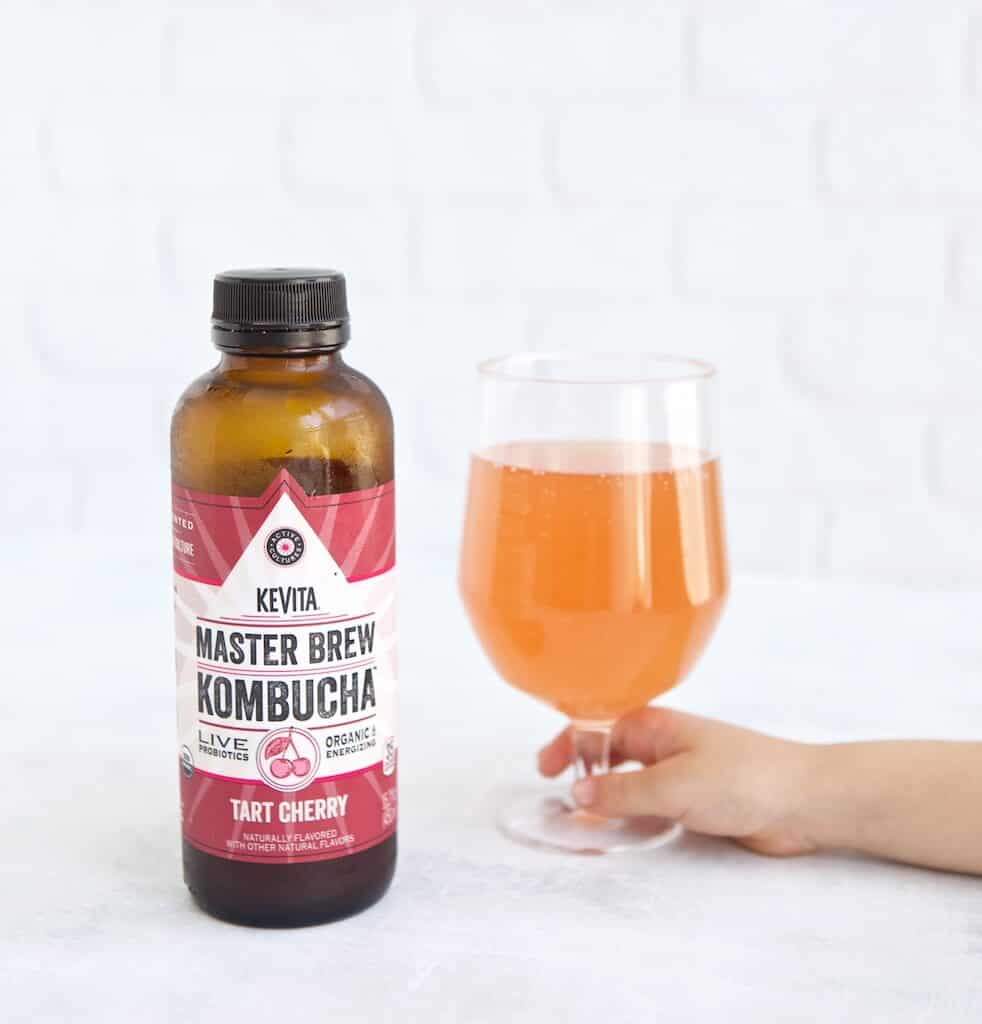 I personally enjoy having kombucha from time to time (like when there's a coupon for them on Ibotta) and find them rather refreshing. I also am hoping for the probiotic benefit.

So tell me now, have you tried kombucha? Do you like it? Leave a comment and let me know. 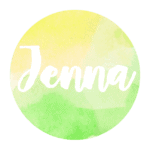 Hi, I'm Jenna! I'm Jenna Braddock, the dietitian & trainer behind Make Healthy Easy. I believe that healthy living should be doable, accessible and affordable for everyone & that's just what you'll find here. I want to help you live a more vibrant life so you can use your health to love others well.